This is an english translation of my post: Un amour plus fort que le temps

We meet a book as we meet a person. In this case, it was a friend who lent me this book because it was written by one of her cousins. And I always read what my entourage wrote, without exception, because so, I discovered unsuspected parts of lives that I thought were trivial and that for me, "the adventure is around the corner."
As the title indicates, this is a beautiful love story, at Romeo and Juliet, and it is the story that the narrator's mother lived, while the Great Story, that of the war, of the second world war spewed its monstrosities that crushed the lives and the people.It's a story, and it's a romance, a testimony and a passion, a historical truth and a tale. Leslie Maitland, the author, was born in the USA, (she writes in English), but she was rocked by what her mother said, about her story, about her rifts, about the pitfalls she had to cross. Leslie returned, as soon as she understood, to the places of her mother's youth. She rewound the film, she found the thread of the story.
Would this story have happened without the turbulence of the great history? How could love, no matter how deep, survive such great cataclysms?


You have understood that "love will be stronger than time", and that everything will end as in fairy tales. It's very comforting to think that feelings are not mirages, that they exist and that they live in all their gratuitousness, their generosity, and even a kind of innocence, "because it was she, because it was him "to paraphrase Montaigne.
In the beginning there was a Jewish family from Friborg, a poor family with strong values. No, not a family, but families. Ordinary, hard-working, honest people, (the grandfather strove to render with interest the least pennies that had been lent him and to pay all the taxes, even those which had been unfairly assigned to the Jews, for "payment" of the damage caused by others and attributed to them).
But this book, although it evokes the destiny of the Jews trapped by a silly war, is however not a new testimony on the SHOAH, (which nevertheless will not have spared this family either).The purpose is not to recount the persecutions and chances that allowed the survivors to escape death, but rather to put the spotlight on a life, that of Janine, Leslie's mother, who succeeded, beyond the imaginable, to preserve its commitment to the man to whom she had promised herself, in spite of all the contrary elements, and despite the distance in time and space.


The war, the precarious existence, the wandering is the backdrop of the story. It is very interesting because there are episodes of the Great History: the "free" zone and the resistance in Lyon, the departure to Marseille in one of the last boats for Casablanca (the film "Casablanca", (1943) a the best of all time, tells the story of the illegal departure of Jews for the New World), the arrival in Cuba (another film "The Journey of the Damned" (1976) mentions an episode of the war, during which USA refused the reception in Cuba of 900 Jews who had to return to Europe), etc ... One even reads there the lack of solidarity of the Cuban Jews vis-à-vis their co-religionists refugees. (It must be remembered that one of the pillars of the Batista regime, Meyer Lanski had launched the "Kosher Mafia" in Havana.The Jews, victims of pogroms in the USSR, were not necessarily very welcomed in the US and some had found in Cuba, a means of creating a criminal state, where gambling and prostitution could be developed without control).
But apart from these references, where the story of this family rubs shoulders with the great events that marked the twentieth century, the book does not linger in digressions that would blur the purpose, resolutely intimate, on the life of this young woman struggling with the necessities.
Moreover, and contrary to what I was expecting a little, what is written here, with a vigilant and very often poetic pen, is not a nostalgic lament, nor a retreat on a identity to find, or an injustice to repair.Leslie looks for the right tone, without pathos, without tears and without sentimentality. Leslie is a journalist, and she reports on her parents' lives, specifically in search of her lost love.
I give some examples of the style of the author:


"That summer, more than a month before Hitler stupefied Europe by signing a non-aggression pact with the Soviet Union, the storks folded their slender legs to nest on the steeples of Mulhouse, the geraniums danced in planters and workmen printed new designs on cotton rolls as they had done for centuries. "
"Janine was motionless at the Lipari rail as the last golden strands of mimosa were thrown into the sea and the last seagulls returned to shore."
"This steamer built in 1921 and registered at Le Havre was equipped in the hold, large refrigerated compartments for the transport of goods. On March 13, these compartments did not contain bananas, dates, fish, wine or wheat. In the hold of Lipari, the cargo was mobile and consisted of hundreds of Jews. "
"In Ihringen, the chestnut trees of the desecrated Jewish cemetery were covered with pink and white, and scarlet poppies flourished in the neighboring vineyards. "
And to quote the film Casablanca, "We must not go to great lengths to see that the problems of three small individuals do not count much in this world of madness."
It is an optimistic book, a love story that ends well, despite the vicissitudes of history and read in one go, like a novel. 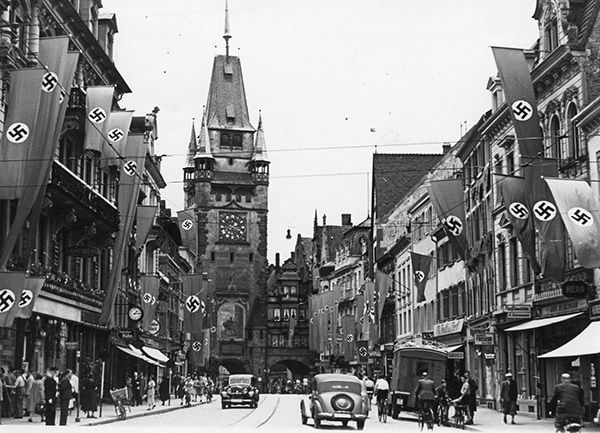 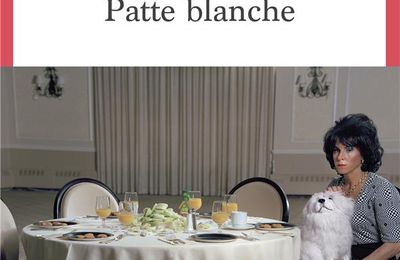 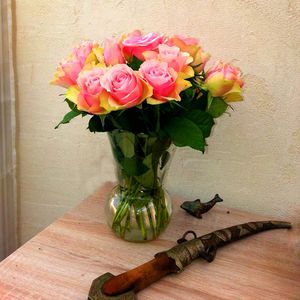