The best gift I ever received Translated by my english best friend: D, thanks to him!
The music of Advent

Look around! the city lights up, there are colorful garlands, through all the streets, LEDs draw birds, swarms of stars, parrots, columns of penguins and fir trees waddling, everything sparkles, they are the first Christmas decorations. And as the day falls quickly, finally, what it may well stay by day, a vague pinkish glow through the clouds and crack, it's already in the evening, at four o'clock in the afternoon, the evening s engages in the electric light. I love these flashes, these flickering, these lights that do not light. In the streets, it is an atmosphere of preparations, an unpacking of gifts, plastics, useless and precious things. In the apartments, it's time for cats, the moment they wait to wake up from the torpor of the day, where they wait behind the door, they are waiting for us impatiently. And their eyes widen in the dim light of the electric wires, their souls populate the houses, the warm recesses, the dark angles from which they suddenly emerge, as one returns from another world. I am not a contemplative, I am 21 years old and I will soon leave these familiar places, my district, the house of my childhood, to run the wide world, on the other side of the pond, finally the 'Atlantic Ocean.  I'm going to New York in a few weeks, after Christmas. To me the new continent, the city that never sleeps, to me the adventure! To me the big apple! It's for my good, I'm going on an internship, but also to better speak the language of the masters of the Universe. I'm already making movies, but that's normal. Maybe I will have to eat in the garbage cans because I have no money. But, well, I have a violin, I know how to use it, I like music, I will do the sleeve in the subway with my instrument. Anyway, I decided that I wanted to be happy, and for that I want to taste every moment, every minute of my life, I want to breathe it, suck it like a candy, I want to continue to laugh and sing, I want pleasure, I want love, sensuality, beauty.

We are only mom and I since Xavier, my father, has cowardly abandoned us.

And now, I do not want her to be alone with cats. It is very long evenings watching TV.We both had a good laugh, I combed it, I made it up, we chose new jeans, and sweaters, T-shirts, dresses, tights, boots. I revamped it, it is magic now. The green, the yellow green, is an ideal shade to bring out his eyes. She did not dare bright colors, but she is so pretty with silks, cottons, soft and shimmering fabrics.

It was me who helped her, I knew for a long time that my parent was weird, I had spied on his comings and goings, I was sure of it and I did not say anything to anyone, not even to her, but I knew it. I had sniffed in his PC and found his password, it was simple. And discovered his second family, the ignoble, the vigilante who constantly sermonized us and gave us a morality of the last century. Very consistent with his manners. The man has the right to have double lives and the duty of discretion. I had not built illusions, not yet. And I still could not guess what was going to happen. My mother had entered hell on the ground, confident in the passage of time and family values. She was a mother, her daughter evolved like a boy, but she could not imagine for a second the collapse of the days, the boredom, the witherings, the beating she was going to endure, the eternal autumn, that is, to say the early night, and electricity alone, waiting for the lanterns in the streets, the dejection of Christmas that comes and does not change anything.

Ah, for that, my father was punctual: he had a calendar in his head, did not forget a party, not a birthday, not even the dates of the rules of one and the other. That we had finished, by the way, by coordinating to perfection: we started our days without (blood?) The same weeks and finished them together. On these dates, my father preferred to be absent, he had so much work with his profession of lawyer. My mother and I took care of each other, as a blind guide a paralytic. My father returned the next week with a present for both of us, as if we had been sick and apologized for his unintentional lack of presence. My mother received a beautiful bouquet of roses and me a book of law.

Then we had some delicious days where the restaurants, the candles, the sweet words followed one another and suddenly, Mr. Hyde appeared again. At dessert or waking, Mr. Hyde slapped his wife without a word. And the series started again. Death is among us, it eats us every day, that's why we must suck life as his blanket.

I, who saw things unfold before my eyes, I knew that there was a mysterious language in these blows, these slaps, these scratches. I felt it, I can not explain it to myself. It's like they're playing, or dancing. I was not terrified and my mother's tears did not inspire me with special compassion. To say it more raw, I would have perhaps loved to slip between them, to be the belt, the hand, the voice of the one who gave the blows.

But now, I had not yet built my dream palace, and I did not see myself as a princess.Death is gaining momentum, we must savor everything before it is too late.

I helped her, I had the proofs on hand, I knew that he had other wounds, other sweets, other violence to feed, to cradle, to empty, and that sooner or later we would be alone with cats. But nothing could have decided it, of all my proofs. She was completely frozen in wait-and-see and searching for reasons she could not guess.

It's still me who managed my investigation. Seeing that she did not move, that her life was punctuated by absence, gentleness and blows, I pushed further. I like to take a look beyond the mirrors. And what I gradually discovered, I did not quite understand myself either. Xavier had a double life, as cats have seven, but he had a perfect double life. This legal specialist did have another woman, but also another girl. What piqued my curiosity, I do not really know why, is to know that his wife, the second, was born the same day as my mother and that she had the same name as her. And worse, his daughter's name was Nora like me and was born the same day as me. I went to check the civil status, these coincidences did indeed exist.

The bells of the angels sounded, the lights of the garlands lit up the streets of the city faintly. I like these flickering, imaginary worlds that float in the evening above my head and that prepares us for the magic of Christmas. I know that cats are waiting for me behind the curtains, that I will see their round heads as soon as I open the door, and I think I'd like to roll in my cushions, savoring every second, every minute of my youth which opens on the vast horizon.

I'm going to violin, old music from Eastern Europe, it's both nostalgic and dancing.

They played like that before, when they went down the stairs for the last time,

they locked the gate (why did they lock cause they are sure to not  come back?) And they left for the New World, without hope of return. What shadows, what destinies, what stories, do cats lock in their pupils? 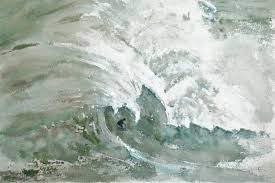